So Liam over at lifeofathinker has started his writing challenge again. “If this is the title” is the name of the challenge. Liam chooses a title and we are to write (up to 500 words) a short story that fits that title. This week it’s ‘Changes’, but with a twist.

This week’s title is: Change

It’s a new year, 2013, and it’s that time of year when people make resolutions… changes. So this is what inspired this week’s title. But there’s another change that I would like you to make…

And that is in the genre you write about. So, for example, I write a lot about suspense, and thrillers. But what I would have to do for this week’s challenge is not only write a story with “Change” as the title, but write it in a totally different genre. For example, romance.

Okay, I usually write mystery or suspense. So I think I will try to write something different this time. God help us all. ha! 🙂 Please let me know how I did! Thanks……..

She sat in front of the mirror. Fluffed her long red hair with her fingers. Pursed her red lips in a kiss. Perfect! Her makeup was flawless, the red lipstick an open invitation. She stood and took a hard look at her reflection. She looked and felt beautiful, sexy. Ready for the big night out.

Her short black dress shimmered in the lamp light. Her long legs bare and smooth. Her feet encased in sexy open toed stilettos. Her arms and neck were bare, her breasts full and spilling out of her dress, just enough.

She gave a little chuckle. It was a big change from what she would normally wear. She had never felt like she was a sexy siren before. Before HIM.

Rafael came into her life when  she was boring and bored. She had a boring  job she went to everyday. Life was gray and lifeless. Then one night she was closing up the library late. She had just finished cataloging all the extra books that had come in via an anonymous benefactor. Some of the books were very old and very rare, so they had to be handled gently and with care. The benefactor sent a note stating he wanted her to be personally responsible for the handling of these rare books. So that was the reason she was so late that fateful night.

Her apartment was a short walk from the library. Since the night was well along, she decided to stop at her favorite little restaurant and have supper. She was tired, and thought she deserved to eat out for a change. She walked in and was seated at a cozy table near the big picture window. She had been surprised she got seated so quickly as the small place was quite busy. She ordered her dinner and was just sitting back with her wine glass in hand when she felt someone staring at her.

She glanced around the restaurant and her eyes collided with a pair of dark intense eyes. Those eyes were watching her, a small smile on his firm lips. The hair was black and glistened in the low candle light. She couldn’t take her eyes off the man. Suddenly it was as if the room faded, and all there was in the room were him and her. He walked slowly to her table and gently took her wine glass out of her numb fingers. He raised her hand to his lips and kissed her knuckles. She felt his cool lips on her fingers and gave a small gasp of delight. Her flesh was warm where his lips lay. Yet goosebumps sprang up all over her body.

He kept hold of her hand as he sat in the chair across from her. His thumb making slow sensuous circles in her palm. His every move was graceful and fluid. He was the most handsomest man she had ever seen. Her body responded heatedly to every circle of his thumb.

She never could remember much after that. It was a haze of sensual pleasure in her mind. Even now thinking about Rafael and what was to come tonight made her body ache with want. It had been two weeks since the first meeting. Two weeks of working her boring job, two weeks of nights with Rafael. Now she was ready for that next step. Rafael promised her tonight was the night. She was so excited.

Suddenly he was there. It was as if her thoughts conjured him out of thin air. Handsome, with a devil’s smile. He gently kissed her slowly. She breathed him in. Rafael, her Rafael. She was ready.

They walked out of her apartment and down to the busy night street. He smiled at her in the dark, kissed her red lips once more.

“Pick any one my love. Any person who you think you might like to drink from. This is your night.”

She looked away from the love of her heart and watched the people walking the streets. She saw a young man, bright with laughter, talking to his friends. Yes, he would do wonderfully for her first. She glanced up at the man who made her into the beautiful creature she was and whispered. “That one there my love. I want that one.” 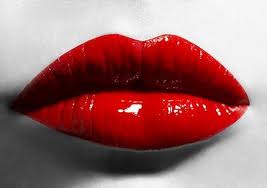