Hello People! I hope everyone is going to have a wonderful Easter!

Today I have a special treat for you. Laura Cowan, author of a wonderful book called Music of Sacred Lakes has kindly agreed to an interview. 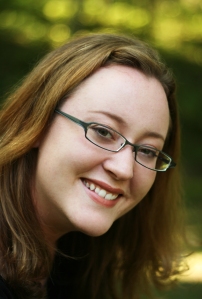 Laura writes magical realism. It’s a fantastic and a little known genre that Laura does so very well. Her book Music of Sacred Lakes, is about a man called Peter, who has to come to terms with himself after his carelessness causes the death of a young girl. It’s how he does this and what he goes through that makes this book so beautiful. Laura takes us on a journey of redemption that will stay in your mind long after you finish reading the book. 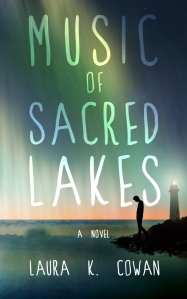 1- What inspired you to write your book?

I’ve always been fascinated with the idea of the spirit of place. Why do some places feel empty and others feel weighed down by eons of history? I saw a parallel with the music that comes out of certain countries and places, too. There is a mood to places that soaks into everything about their cultures. I wanted to track down what was going on there, on a spiritual, metaphysical and physical level.

2- What was the hardest part of writing this book?

Parts of this book explored the dysfunctional history of my family, and that tore me up getting it on the page. Why did generation after generation of my family have children that felt unwanted and rejected? It caused mental illness, violence, heartbreak. I was starting to suspect that a lack of love—and a lack of connectedness—was at the root of this legacy. When I realized that disconnect extended to a disconnect with understanding our place of belonging in the world itself in our culture as a whole (the Christian idea of man being a special creature set apart from the rest of creation or the modernist idea of man being able to stand objectively outside of the world to observe it for scientific research gave rise to this terrible loneliness and sense of displacement in western cultures, I was finding, which was changing with the rise of postmodernism and other related movements toward understanding man’s place of belonging in the world), this book really took off, but the whole thing was intense. When I finished, I wondered if I would ever recover my previous level of energy, that was how much it took out of me.

3- How do you find or make time to write?

I have a young child, I’m staying home to raise, and I have even done some freelance journalism on the side. Finding time to write has been a daily struggle, but it was when I realized I wasn’t going to get a better chance than my current schedule that I buckled down and just made it happen. I have been waiting to write for years, and once I figured out how to do the writing, figuring out how to get the time seemed like a very small obstacle by comparison. I think if you want it badly enough, you have to be more careful not to burn yourself out or get your priorities screwed up than you have to worry about not finding time.

4- How did you get interested in writing this particular genre?

I used to shy away from this question, because the answer is pretty weird. But when I started sharing this, people all over the place started telling me they have had the same experiences, so I’ve started to think it’s pretty typical, just something people don’t feel comfortable sharing in our culture. From a young age I had dreams that correctly predicted the future and a very mystical experience of life. It seemed silly to me to debate whether animals had souls, or trees had some kind of sentience. Of course they do! Or else what are they communicating when they express themselves in their own ways? It was when I was older that I realized this is a mystic’s way of viewing the world. Lots of people don’t experience the world this way, but the mystics of all cultures and religions have the same thing to say. Everything is alive. And modern physics is bearing this out, through a new understanding of the energetic basis of all matter. Magical realism is a way of exploring the world that introduces the unexpected, magical, or mystical into the everyday and brings everything alive for the reader. I have always loved books like that as a reader, and I think other people do too. Magical realism is a way to view the universe out of the corner of your eye and catch it jumping around before it presents a more mundane appearance to your direct gaze.

5- What was one of the most surprising thing you learned in writing this book?

How hard it is for people to discuss spiritual topics! I thought people who knew me would be more open to exploring an idea with me because they knew my heart was in the right place, but instead I ran straight up against all kinds of rigid preconceived notions that my beta readers couldn’t even discuss they were so charged for them. I guess this makes sense: the sensitivity of spirituality and related topics is the reason we often don’t discuss these things in public—wars have been fought over them. Still, I had a much more open reception with readers I had never met than people who knew me well, probably because people who had never met me would only pick up the book in the first place if they were interested in these topics. I was actually called a heretic by two people very close to me, which resulted in five extra months of obsessing over every detail in the book, to double triple check that I hadn’t gone all sideways somewhere in a way that would hurt people or make a mess. In the end, I realized that whether I was right or wrong about what I was doing with the book it was definitely where I was at the moment and exactly what I intended the story to be. So, I learned to trust myself a little and I published it.

6- If you had only one piece of advice to give to new writers, what would it be?

Trust yourself. So many new writers want to write so badly they make themselves sick over it, not realizing that strong instinct that they should be writing is the sign that they have the talent to do this. Also, strong self-doubt is another great indicator. If you want to write something totally bizarre and don’t think there’s an audience for it, chances are you would be doing us all a favor by adding your voice to the mix. Go with it, see what happens. Trust me when I say it hurts a lot more to stay stuck not daring to start than it does to try some things and have them not work out. Who knows if anyone will want to read my strange little book? But writing it was a personal revolution for me.

I want to thank you Laura once more for agreeing to an interview. I wish you all the luck in your future writings and book sales.