If you haven’t read previous chapters, I have a category listing on the side with the title 2015 April A-Z challenge. You can find all the chapters there. Thanks for reading! 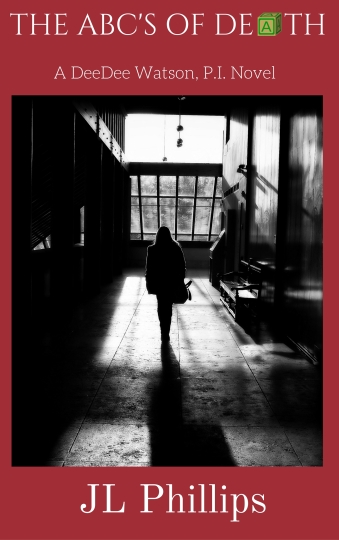 We can’t go to Tony’s and just bust in, that would just get Angela and probably us, killed. I’m thinking fast as the three of us walk to the Hilton. The best place to surprise them is at the Wenner place. They think I’m dead or close enough to it, so they won’t expect me to be out of the hole and waiting for them. Plus, less chance of innocent bystanders getting hurt. It will be just them and us.

“Billy, you go back to Tony’s and keep an eye out on them. Call me on my cell when they leave or if you see Angela.” I tell Billy my phone number and he programs it into his cell.

“Don’t do anything but watch.” Billy starts to protest and I shut him off. “These are dangerous guys, Billy. I don’t want you hurt. If you can’t follow my directions, say so now and you can go home.” I give Billy my sternest stare. I can’t have his death on my conscience.

“I’ll follow your instructions.” Billy gives me a thumb up and takes off back to Tony’s.

I turn to Fedora. “I need your help, Holden. You don’t have to, as it could be dangerous.”

“Why not just call the cops and tell them what’s going on, Dee? That’s what they are trained for, that’s their job.”

“We don’t have time for the cops. The tons of paperwork. The millions of questions. Plus, they probably wouldn’t do anything as I have no proof.”

“You got proof. You got yourself! Look at you! You’re bruised and your hands are torn up!”

“That’s not proof of anything. You know that. If you won’t help, then stay out of my way. I have things to do.” I have to admit to myself, I’m disappointed in Holden. Going to the cops will take time, too much time. Time that Angela doesn’t have.

“I never said I wouldn’t help. What do you need from me?”

“I need you to drive Angela’s SUV to the Wenner Estate. I want everything to look like it was before I escaped. I don’t want these guys to know I’m alive. Not yet anyway.”

Fedora follows me into the elevator. I push the button to the fourth floor. A wave of relief surprises me when Fedora agrees to help. I’ll have to examine that later, as I don’t have time for it now.

“Where is your room?” I ask Fedora.

“Next door to yours.” He says as he walks by me to the door next to mine.

“Meet me here in ten minutes. Then we’ll head to the Wenner place.” I tell him as I shove my door open and walk inside.

My head is full of ideas as I gather Tee’s satchel and put a few things from my Harley’s saddlebags in the outside pockets. I add a couple of bottles of water too. I’m confident I can get the drop on these guys that are holding Angela. They won’t be expecting me to show up. That will work in my favor.

A few minutes later I hear a short knock on my door and I open it to Fedora. He gets extra points for being on time. I notice he took the time to change out of the suit he had on earlier to jeans and t-shirt. The man looks good in anything. I also notice he has no fedora on, I almost miss it. I’m ready to go. I grab the satchel and put Tee inside.

Fedora cocks one eyebrow at us. “Don’t you think it would be better if the dog stayed here?”

“Nope. He’s going to help.” I state as I close my door and start to walk down the hallway.

“Help? How’s he going to help?” Fedora asks as he punches the button for the lobby floor.

We reach the lobby where Mr. Haughty is at his post behind the check-in counter. He looks over at us and frowns. I don’t think I’m one of his favorite people.  I’m heart-broken.

Fedora and I reach the parking lot where I left Angela’s SUV. I reach in my jeans pocket for the keys when I hear my name being called for the second time that night.

Billy. What the hell is he doing here again? Something happen?

The young man smiles. “I’m going with you guys! You might need my help.”

“You are supposed to be keeping an eye on those guys! Get your ass back there or go home!” I have no time for foolish young men who think this is some kind of video game.

“Dee! Please! I can help! I have my best friend watching them. He’ll call me when they leave or if something else happens. You can trust him.”

“I explained everything that was going on. Plus, he was with me earlier while I was watching them. He’s cool. He won’t get caught. I promise!” Billy has a pleading look in his eyes. “Let me come with and help, Dee. I know you have something planned for these guys.”

I look at Billy. He’s eager to help. I know the kid is smart and apparently resourceful. I make a decision. I hope I don’t regret it.

I give Angela’s keys to Fedora.

“Take Billy with you and follow me. We’ll need some time to set things up at the Wenner place. Let’s get moving.”

Billy lets out a whoop and punches the air above his head with his fist. Fedora frowns. I cut him off before he can even open his mouth.

“Billy can help. With what I want to do the chances of his getting hurt are minimal.” I turn around and walk toward my bike. “I’ll take Tee and the bike, you guys follow me. Let’s get going.”

I put my helmet on and ignore Fedora’s mutterings. I just hope I’m right and no one gets hurt except the bad guys. I’m pretty confident my plans will work.

I swing my leg over the Harley and settle in. I put Tee’s goggles on him and snap him in his satchel. I head out towards the Wenner Estate. Time to teach these thugs a lesson in humility.

I always enjoy comments and/or constructive criticism. Or, you could just say hi! Thanks!