Today I’m going to share another session of Cee’s Share Your World. Why not visit Cee and see what it’s all about and read other bloggers great answers.

Do you believe in love at first sight?

I’ve never experienced love at first sight, so I’m undecided. I know many people have said they believe as it has happened to them. I’ll keep an open mind about it.

My first car was bought when I was in my mid-twenties. It was a baby blue 1970 something Mustang. I paid two hundred dollars for it through my father-in-law at the time. He was an insurance adjuster in Texas and he got it because it was hail damaged. He wrote it off and I bought it. I loved that car. It looked like crap on the outside but that thing had a big engine in it and it would go!

Who taught you to ride a bike? How did it go?

I really don’t remember who taught me to ride a bike. Probably my sister or older kids in the neighborhood. I rode other kid’s bikes until my dad bought me my own when I was sixteen. It must have gone ok, as I managed to ride it and not crash it. Much…….

Ugly and rich or beautiful and poor?

I have never been materialistic and I’m used to being poor so I guess it’s probably ‘average looking and poor’. Ha!

What was the first dish you could cook?

I began cooking at a pretty young age, so I’m guessing it was eggs or something equally easy. I was cooking whole meals by the age of ten and as that was many, many moons ago, I don’t really remember. I also took cooking in Home Ec (when it was called that and when it was taught, again a long time ago!). 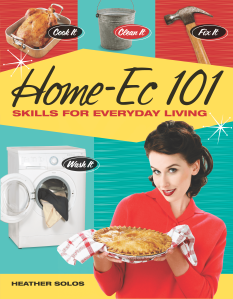 Hope you enjoyed the questions and answers today. So tell me….what was the first dish YOU cooked and when?