It must be Monday, so time for Cee’s Share Your World.

I’ve been terrible in writing posts lately and I apologize for that. In between feeling sick most of the past few months and having a terrible case of ‘blank page syndrome’ with my writing I’ve felt I’ve really let my readers down. Hell, I’ve let ME down.

I’m trying to get back into flash fiction and writing my books but it’s been a struggle to concentrate.

If I can ever figure out what my stomach problems are maybe it can be fixed. I’m trying….that’s all I can say. Hope you guys stick with me.

Now, enough of the maudlin crap. Here are this week’s questions. 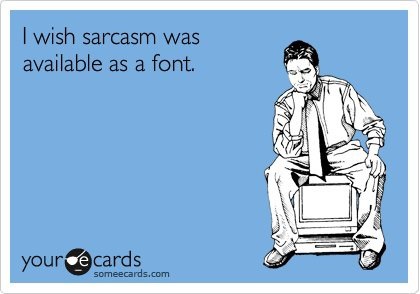 How many languages do you speak?

Two if you count sarcasm as a language, which I do, by the way. Otherwise, just good old English. I took Spanish, French and German in school but I never was very good at them. I think it’s because my teachers didn’t make it interesting enough. I mean, let’s learn how to talk the language, not just put a sentence together. Maybe it’s the way I learn things. By actual doing. I would have learned the languages better if we would have had conversations with them. Or maybe I just don’t have the knack for picking up languages. I dunno.

What are you reading, watching, listening to, eating?

I haven’t been doing a lot of reading. Mostly blogs if I do. I have tons of books to read but again, that concentration issue is not letting me enjoy reading. As for watching, I hate to admit this, but I got hooked on Netflix a few months ago. I watch it on my computer. I’m really into the English crime shows. I finished 19 seasons of Midsomer Murders and a few seasons of Father Brown (just waiting for the next seasons to get on Canada Netflix). Now, for some strange reason, I started watching iZombie.  I’m almost through season one. Please don’t judge me. I actually like the show.

As for eating. Not a whole lot. Because you know, stomach problems. I have had to cut out anything with milk, cheese, beans, spicy, tomatoes and tomato sauce and some vegetables because they make my stomach worse. My doctor says I have developed ‘food sensitivities’ because of my diabetes. I think I’ve developed IBS but eh, either way, it sucks. I’ve been living on chicken and bland ass food. I hate it. But I hate the fiery, crampy, volcanic stomach more. 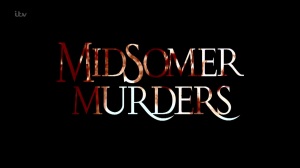 What was the last photo you took with your phone?

I finally was forced by my telephone company to get a smartphone. I had an old flip phone for a lot of years. We use it for emergencies only. We’re old. We take it in the car with us in winter in case something happens. I make the husband carry it if he goes somewhere, in case. We use it rarely. Anyway, I got a great deal from the phone company because they were forcing me to upgrade my cell phone. I played with it when I first got it last year and took photos of Sam and the cats. Then I turned it off and put it away. Soooo, the answer is Sam and the cats.

What is your favorite time of day?

First thing in the morning after I get up. I’m always the first one up and I love the quiet. The TV that the husband insists on being on 24/7 is in stealth mode because he is sleeping and hasn’t watched it in more than 4 hours. So the house is quiet for a change. I make my first cup of coffee and sit in front of my computer and just listen to the silence for a while. Ahhhh, my kind of peace. 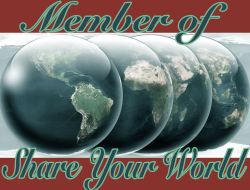 Hope everyone is having a good day. If not…tomorrow is the start of another chance to change things.

If you feel like joining Cee and me in our questions and answers, please do! I love hearing from you all.