My Sleuthing Elf and I have been busy once more for you dear readers! We decided to investigate all the Christmas superstitions out there in the world. It’s funny what people will believe.

We also came up with some more symbols of Christmas and how they came about. 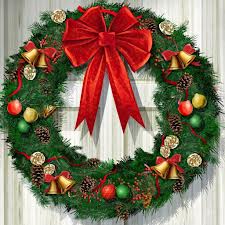 The Wreath which is traditionally displayed on the front door of a home during the weeks of Advent and the Christmas season once was a multiple role.

The wreath is intertwined with red ribbons which is done to express the festive spirit, while its evergreen leaves were symbolic of the everlasting life promised to the faithful by the birth of Jesus Christ. The circular shape was a reminder of the crown of thorns placed on His head by the Roman soldiers when they ridiculed Him as the ‘king of the Jews’. Another reason for the wreath being used as part of celebrations related to the god Bacchus, whose worshipers were thought to have worn circular ivy crowns.

Another practical purpose for the wreath was that the evergreen boughs were believed to protect a home from evil spirits, which were thought to be plentiful during this dark time of the year. During the Middle Ages the red berries of holly were believed to keep witches out of the home; this is why holly became the traditional and lucky evergreen for the wreath-making. 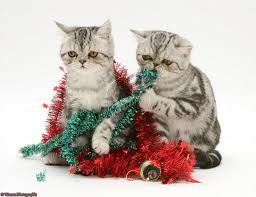 Glittering tinsel is used to decorate the Christmas tree to symbolize light. Light in all forms was thought to be magic enough to ensure that the forces of darkness would not have any power.

A Christian legend given for the origins of tinsel is that a poor widow was determined to have a memorable Christmas for her family that all she possessed was a tree. She spent many hours decorating it and finally fell asleep. Later in the night spiders wove webs all over the tree’s branches. As a reward for the widow’s unselfishness, the Christ-child changed the spider webs into shining silver threads.

Another legend was that as a child Jesus Christ once decorated a tree. He was assisted by angels whose hair was caught on the branches as they departed, it turned into tinsel. 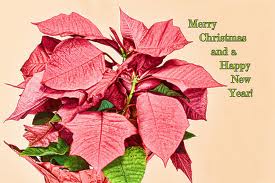 The poinsettia is named after Joel R. Poinsett, who served as the USA’s first ambassador to Mexico, from 1825-1829. He saw this indigenous plant with large scarlet leaves encircling small, greenish-yellow blossoms, which was the Mexican Christmas flower. He sent specimens back to the USA, where they flourished.

A Mexican legend tells how the poinsettia became a Christmas flower. A poor peasant girl was anxious to bring a gift in honor of the Virgin Mary to the Christmas Eve service. She had nothing to give so she went with nothing. On the way she met an angel, who told her to pick some weeds. She did this. As by a miracle they were transformed into the bright scarlet ‘flowers’. Ever since poinsettia’s have been popular decorations for churches and homes during the Christmas festival. 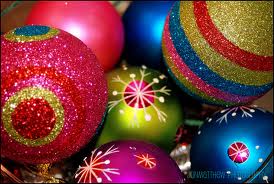 There are many colors associated with Christmas such as the red of holly berries, of Santa Claus or Father Christmas outfit; the green of fir trees  the gold of candles and stars; the whiteness of snowy fields.

Red is the color that is considered the greatest excitement, and is also the color of the month December. As the religious symbol it stands for fire, blood and charity.

Green is the symbol for nature, youth and the hope of eternal life. It is for this reason that Christmas is a feast of hope, with a newborn child as its central symbol.

White is the religious symbol which stands for light, purity, joy and glory. White is seen in the robes of Christmas angels, in Santa’s beard and suit trimmings, as well as in Christmas snow and snow flakes.

In Northern Europe and in some of America, snow covers the ground at Christmas. In southern California roses are blooming. In the warmer climate but the snow is artificial, so as to show the link with the Northern Yuletide.

Gold stands for sunlight and radiance. It is the color of the Christmas stars, tinsel, candles, electric lights.

Christians who were once pagans saw the new god as they had the sun, that is the radiant being who lighted the world. Many artists show Christ in a pool of light, or with a bright halo around his head.